Except for his announcement Xiaomi 12S Ultra , of the company's new flagship, Xiaomi also announced the news today 12S and 12S Pro belonging to the same series

Αhere are the two new high-end smartphones from Xiaomi that differ significantly in cameras from the 12S Ultra, as they do not have the 1 inch main camera sensor which has the '12 S Ultra', but they still have high specs and lenses, which is a result of her collaboration Xiaomi with Leica.

It can be Xiaomi 12S and 12S Pro have the same design but differ in size and also look remarkably like the Xiaomi 12 and 12 Pro recently released.

Both phones are made of metal and glass, although some versions with backs of vegan skin. They have curved AMOLED screens and both the front and back of the devices are curved.

The specifications of the devices

The Xiaomi 12S and 12S Pro are equipped with Qualcomm Snapdragon 8+ Gen 1 SoC, but a second variant of it has also been announced 12SPro with Mediatek's Dimensity 9000 SoC and different RAM and storage size.

Regarding its publication Xiaomi 12S Pro with Dimensity 9000 SoC, this device is made available in two options with 8 GB or 12 GB RAM (LPDDR5). The model with 8 GB RAM accompanied by 256 GB (UFS 3.1 flash) of storage space, while the variant with the 12 GB RAM comes with 512 GB of storage space.

this is one LTPO E5  Samsung display panel with refresh rate at 1 120-Hz with excellent brightness that reaches up to 1.500 nits.

Both phones are available with MIUI 13 based on Android 12 and feature the same camera setup, consisting of a main camera at 50MP (sensor Sony IMX707). This is a sensor 1 / 1,28 inches with size 2,44um pixels. In addition to the main camera, the devices naturally have an additional Tele-Macro and one Ultra-Wide camera.

The cameras of the devices have lenses from Leica, while at the software level, there are some additional ones Leica filters which you can choose from camera application.

Τa Xiaomi 12S and 12S Pro they don't have the chips Surge P1 and Surge G1 we saw in 12S Ultra, but are water and dust resistant, support 5G connectivity, and also include stereo speakers.

Of course all the prices above are for China, and if the devices ever become available in Europe, they will be priced quite a bit higher than the prices listed above. No one knows to this day whether his new series Xiaomi 12S (and 12 Ultra) it will escape the narrow confines of China and travel all the way to Europe.

If it is true that it happened with last year as well Xiaomi 11Ultra, then we should rule out seeing the devices in our parts. But we hope this year Xiaomi will change its policy, and proceed with the availability of the devices in the global market. 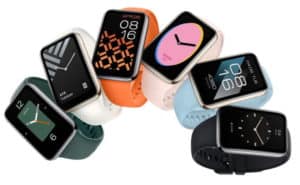