Xiaomi 12: It will be smaller than the Mi 11 - and we are happy about that

Finally we will see a Xiaomi Smartphone that will have relatively small screen dimensions, and this is nothing more than the upcoming Xiaomi 12.

Το  My 11 Xiaomi was definitely a massive smartphone as well 6,81 inch screen has made it one of the biggest flagship phones we've seen in all of 2021 - but it looks like the new Xiaomi 12 May have "lose weight" a little bit.

The GizmoChina tried to install this screensaver intended for Xiaomi 12 Pro in a My 11 and it appears that the plastic film does not align with the older device. Specifically it does not reach the edges of the device, which suggests that the Xiaomi 12 Pro screen will be much smaller than Mi 11.

If you are wondering will be the possible discrepancies between the model Xiaomi "Pro" 12 and My 11: the We 11 Pro and the We 10 Pro, both had the same screen size as the regular versions of the series, which suggests that the Xiaomi The 12 and 12 Pro they will also have the same screen dimensions.

It is no secret that the average size of smartphones is gradually increasing every year, and it is difficult to buy a new mobile phone if you do not want your hand to be stretched enough to use it with one hand. However, the Xiaomi Mi 11 was very big in dimensions, something that did not delight many users, especially those who have relatively small hands and fingers.

The Xiaomi mi 11 ultra he also had 6,81 inch screen, but this phone seemed to be even bigger due to the giant Camera Module it has on the back of the device along with the second screen.

Of course this does not mean that all the phones in its series Xiaomi 12 will be smaller, and it goes without saying that "Ultra" model of the series which will have more powerful rear cameras on the back and maybe a bigger Camera Module but also maybe a second small screen, it will be much bigger in dimensions than the other devices in the series. 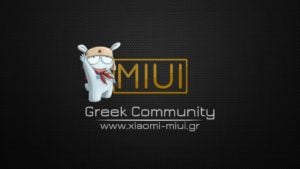