H Intel released the technical specifications of its four upcoming models Arc graphics card series, which are intended for Desktops

The company revealed the specs through a video, giving PC builders a first taste of what they can expect from the company's first discrete graphics cards. THE Intel confirms that the most powerful model of the series is the A770, while one step below we meet her A750.

Just below them we find the medium specifications A580 and the low specification A380, which is available "quietly" in the market of USA through Newegg.

The table of technical characteristics shows that the A770 will have up to 560GB / s memory bandwidth. Accordingly, on A580 and A750 the memory bandwidth amounts to 512GB /s, value higher than the 448GB/s of Nvidia's RTX 3070 and RTX 3080 Ti, although it should be noted that technical features cannot be directly compared due to the different architectures.

The cores Xe represent the computing power of Arc graphics cards and as Intel's Tom Petersen mentions in the video, “more Xe cores means better graphics performance.” Meanwhile, the XMX engines are designed to accelerate AI-based workloads such as video and photo processing.

Intel also revealed the clock speeds of the GPUs. However, these specifications are about the average performance a user can expect when running a game or application. As mentioned in the video, there are instances where you may see higher clock speeds as well as lower clock speeds.

Another interesting detail is that the Bow A770 will be released primarily with 8GB GDDR6 VRAM, but we will also see models with 16GB VRAM.

These specifications do not give us specific information regarding the performance of the graphics cards. However, a few weeks ago Intel released some benchmarks for the Arc A770 and Arc 750, which indicate that these cards will compete with Nvidia's RTX 3060 Ti and RTX 3060. The main question, however, is how much the Arc cards will cost. 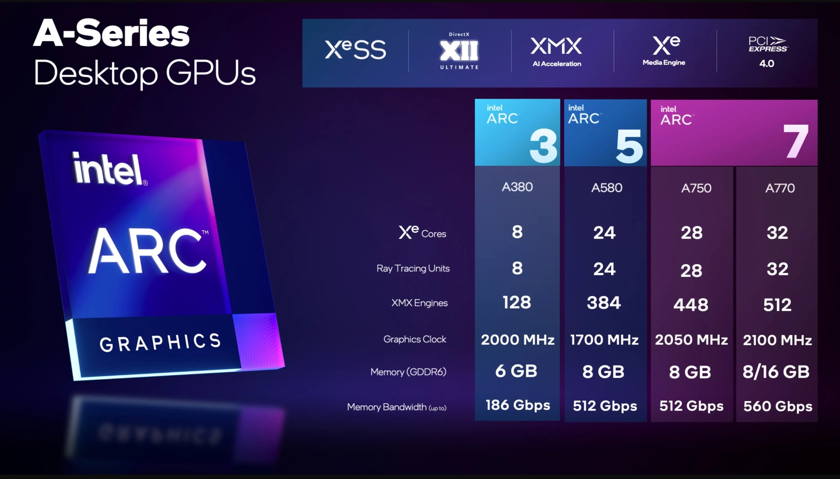 For now, Intel is tight-lipped about the prices, but also the release date of the cards. However, the company intends to release its own "Intel-branded cards (IBC)”, i.e. graphics cards that will bear the company's brand name. We have seen something similar with graphics cards Founders Edition of the series Nvidia RTX 3000.

Petersen also noted that these cards will be available worldwide, although we reserve the right to see them in Greece.

China: They made a miracle mask that detects the coronavirus, micro-organisms & germs

Xiaomi : Popular devices released 2 years ago will not get MIUI 14 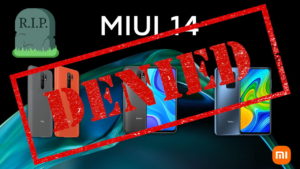