The higher temperatures in the environment due to heatwaves do not only affect people, but also electronic devices, including Smartphones

Εin addition to the precautions we ourselves take when going out in the hot summer sun with high temperatures, we should also take care to protect our device from overheating. 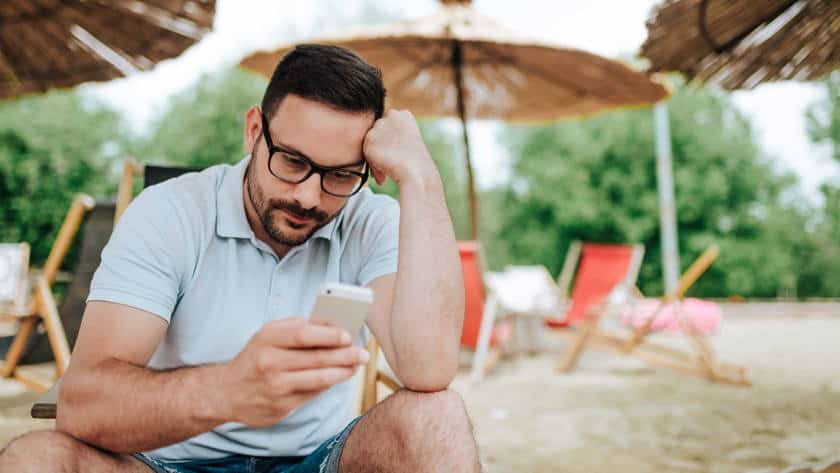 So below, we will give you some tips on how to protect your Smartphone from overheating, but also some ways to immediately cool your device when it has developed high temperatures.

Why is your phone getting hot? 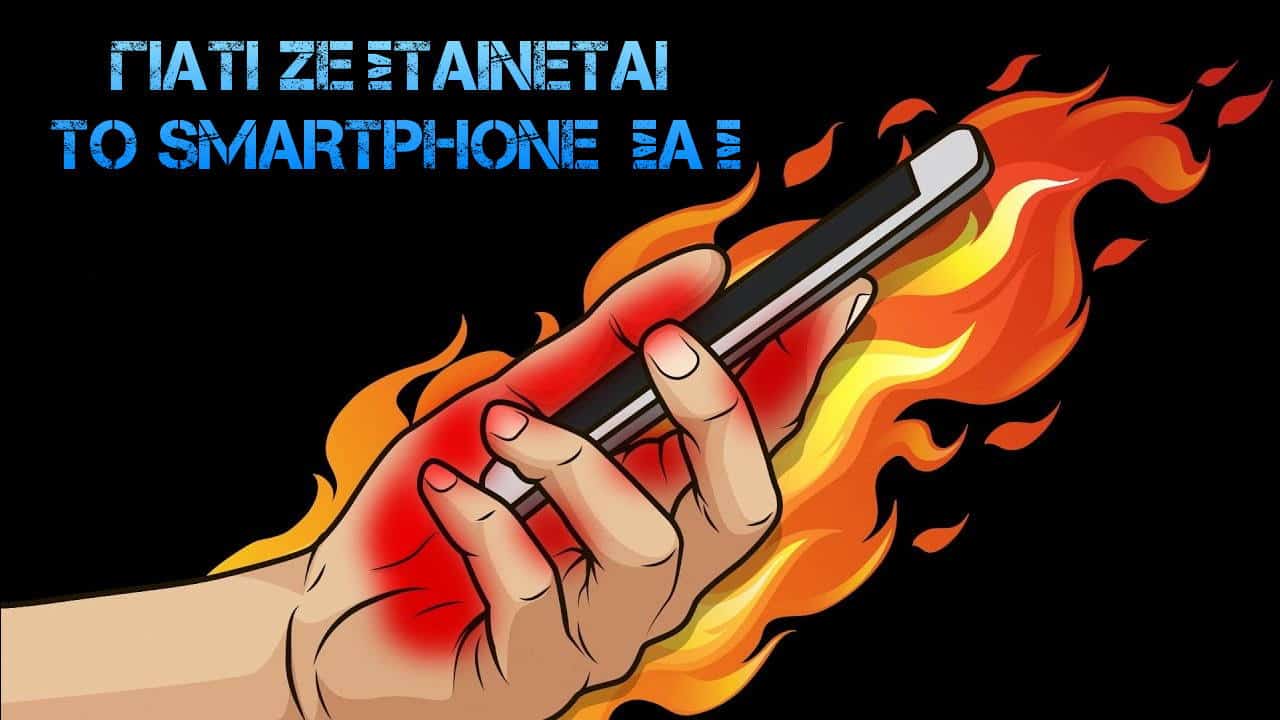 There are many factors that could lead to your device overheating. For example, leaving your Smartphone directly exposed to strong sunlight or inside a warm place, such as your car, is one of the most common causes of a large increase in the internal temperature of a phone.

How you use your phone and how often you use it can also affect your phone's temperature. If you are one of those who use your Smartphone heavily throughout the day, this can lead to the phone's battery draining quickly and causing it to overheat. The same applies to opening many applications at the same time, as many open applications "running" in the background can strain the battery and also cause your device to overheat.

Another serious cause is the simultaneous use of the device when we charge it, but also the overcharging of the battery, which happens when you leave your phone on the charger even when the battery charge level reaches 100%.

Whatever the reason for your phone overheating, it can lead to many problems in the smooth functioning of your device, such as fast battery drain, sudden forced shutdown of running applications, but even permanent damage to your device.

In fact, it is not unlikely that if your device reaches extremely high temperatures, it will cause permanent damage to the phone's central processing unit (SoC). There’s also a chance that your phone won’t turn on if it forced itself to shut down due to overheating.

So see below what you should do to protect your device.

Seven tips to prevent your phone from overheating 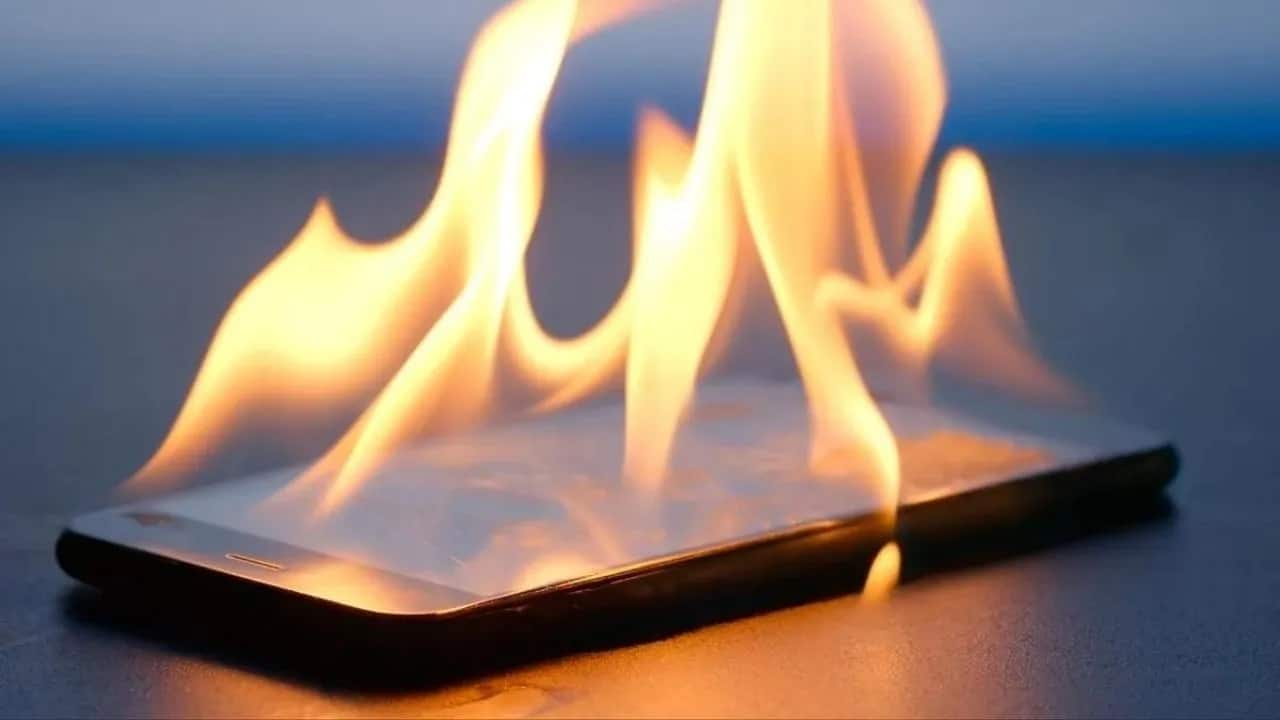 1. Avoid direct exposure of the device to the sun

The easiest way to prevent your device from overheating is to keep it out of direct sunlight. Your phone captures and retains a large amount of light and heat from the sun, resulting in a high internal temperature.

2. Decrease the brightness on the screen

Increasing the brightness of the screen on your device, apart from greatly increasing the power consumption of the battery, will also increase the temperature on the surface of the screen which will be successively spread throughout the body of the device. Dim the screen brightness on your Smartphone, and consider shortening the screen-on time limit so it's not on unnecessarily for long periods of time. You can also add a special one anti-glare - protective screen film, to help you see better even in bright sunlight, and you don't have to turn up the brightness.

3. Only use chargers from reputable manufacturers

Not all chargers on the market are of equal quality. To be safe, you should always use chargers from a reputable manufacturer that are compatible with your device. Also, make sure that there is no damage to the charger itself or to the charging port of your phone and the cable, as there is a possibility that a poor contact with the terminals can lead to overheating of your device during charging.

4. Turn off the apps you don't use

Too many open apps running simultaneously in the background can make your device run harder and for longer, which in turn will cause your device to overheat.

The solution is extremely simple: For example in an iPhone Number, slowly swipe up from the bottom of the screen to see all the apps that are open and close the ones you don't need.

In a Android smartphone, you can tap the menu icon in the lower left corner of the screen (it will look like three vertical dots or three vertical lines, depending on your phone model). If you don't have this option, try swiping up from the bottom of the screen to see all the open apps you have, and close the ones you're not using.

5. Always keep your apps up to date

Many updates distributed by app publishers often include necessary bug fixes that can improve your phone's performance. This means that applications will consume less energy from the device's battery, and the temperature in it will decrease.

6. Avoid using your device while charging

The biggest mistake someone can make is to use the device intensively while charging it. In addition to the high temperature that develops internally in your device during charging, if you also use the device heavily at the same time, then it is certain that excessive temperatures will develop that may even lead to permanent damage to both the battery and the sensitive circuits of your device.

7. Cool your device in the car when using GPS

One of the most common uses of a Smartphone in the car is the use of GPS with a corresponding navigation program, to easily take you to your destination. This results in excessively high temperatures developing in the device, and things become even worse, since many people are simultaneously charging the battery with a car charger.

In this case, apart from the fact that you should avoid direct exposure of your Smartphone to the sun's rays, you should also find a way to place your device near the grills of the air conditioner to cool it with cold air . There are many times when devices suddenly turn off due to high temperature or even screens are damaged due to prolonged high temperatures.

Now that we've covered ways to prevent your phone from overheating, below are some ways to safely cool down your phone if it's already hot to the touch or if you've received a temperature warning from your device itself. 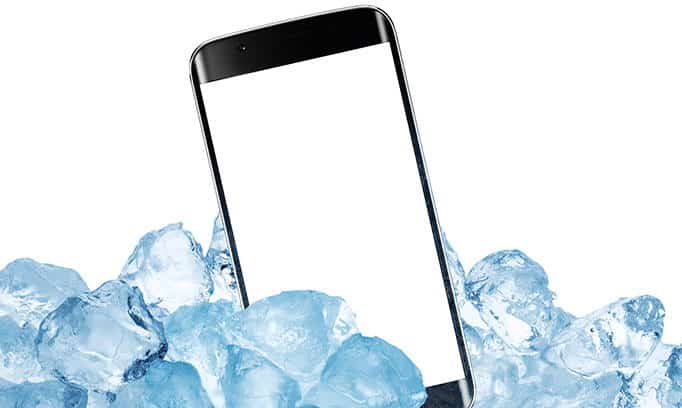 1. Place your device next to a fan

It may sound silly, but even if you don't have a fan available, cooling your device even by blowing on it with your mouth can help keep the temperature down. Airflow from some air source (fan) will help keep the body of the device cool, especially when it's literally on fire and you can't hold it in your hands.

Many people are tempted to place their “hot” device in the refrigerator or freezer for a minute, but we do not recommend you to do so. Exposing your phone to extreme temperature differences stresses the components and also puts it at risk of collecting moisture inside from condensation, which is a surefire way to cause more damage to your device.

3. Take it out of the protective case

If your phone has a lot low or no signal in the area you are in, it will constantly work to find a connection to some network, which can lead to overheating of your phone. Activate special flight mode until you return to an area with good coverage.

6. Do not pack your Smartphone in small bags

Packing your Smartphone in a small carrying bag with your tablet and laptop makes it more susceptible to overheating, so you should keep the devices separate or have plenty of space between them to keep temperatures cool .

Xiaomi Civi 2 : Almost all the specifications of the device have been confirmed 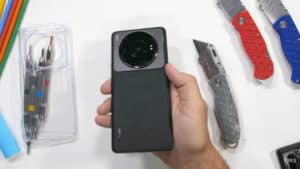