The first presentation that Apple made at today's event was about the new Watch Series 8, the Watch SE and the long-awaited Apple Watch Incredibly (rumors wanted it to be called Pro).

Η  everyone's attention was mainly focused on the new WatchUltra which in itself is a whole new category of Smartwatch for Apple, and of course it is the most expensive of the other two Smartwathch presented today. 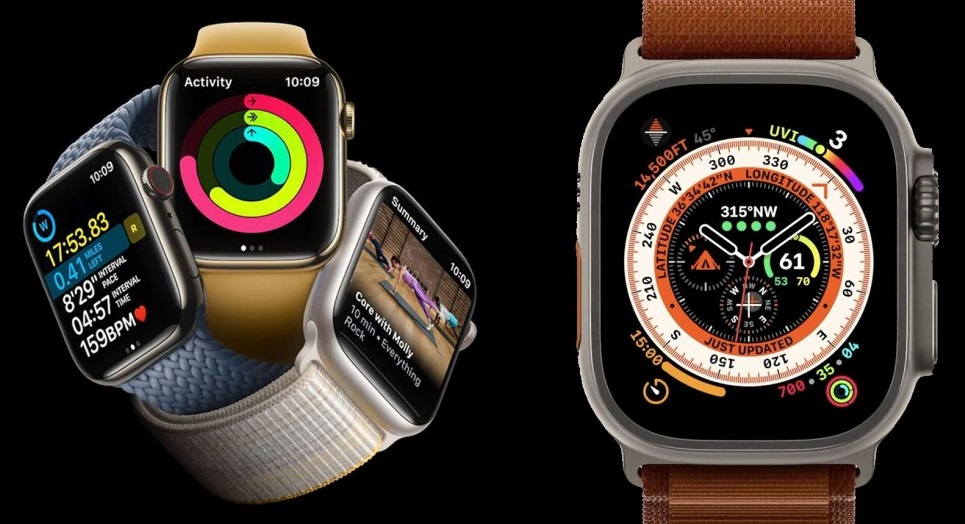 Let's start with the new apple watch ultra, which rumors wanted to call Pro. This Smartwach is a huge change in both frame size and screen size, and the company spent a lot of time at the event to showcase it. It's essentially a whole new class of smartwatch for Apple, and below we'll see what makes it stand out. 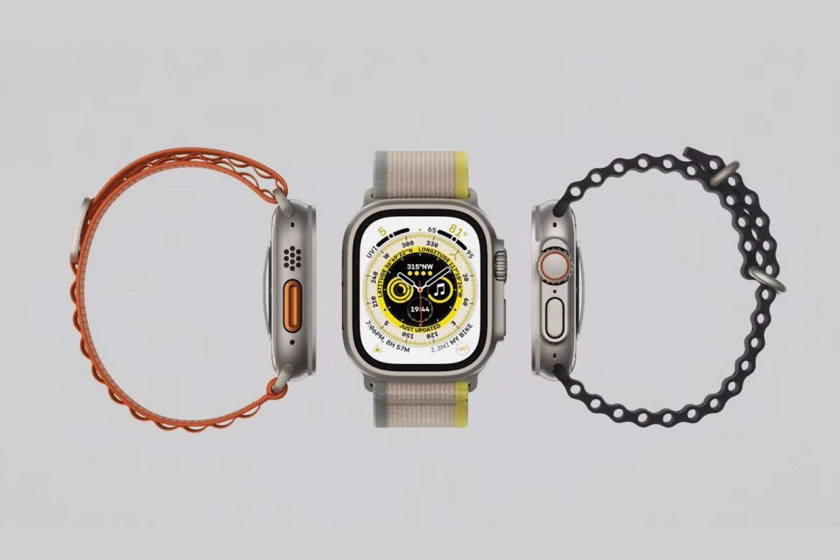 The apple watch ultra stands out from Apple's other wearables by having a massive 49mm frame body, which also includes the largest yet brightest screen ever seen on an Apple Watch.

The frame of the device is made of titanium with raised edges around the screen to better protect it from falls. The screen sits under a flat cover from sapphire crystal, and as Apple claims, this display offers up to 2.000 nits of brightness – which is literally an incredible number, especially for a Smartwatch.

Apple has created a completely new watch, especially for the largest screen it has, and it is called wayfinder. The larger screen will now be able to display much more information, while the brightness of the screen will be able to adapt to the different environments in which you will find yourself. 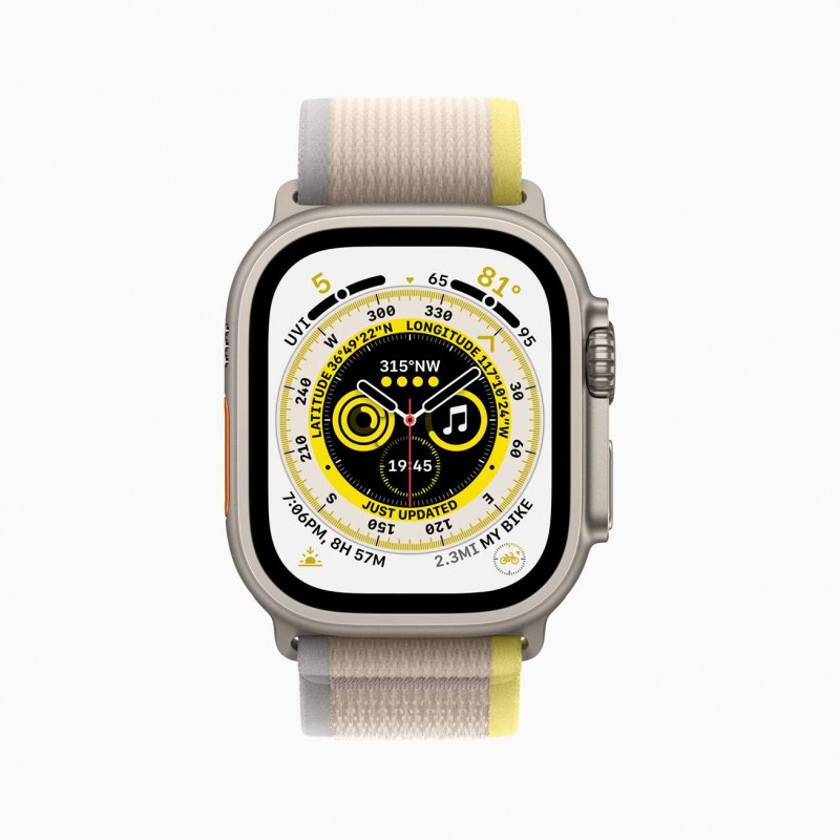 On the left side, the apple watch ultra has an additional speaker, which can be used to produce a very loud alarm siren that reaches up to 86 decibels, for emergencies, as well as a new one Action button painted in high contrast orange. This Action button can be customized for direct access to applications Workouts, Compass Waypoints or Backtrack – a special function that allows you to find your way back even through a path.

The usual home button (Home Button) and the digital crown are on the right side of the watch, but now the crown has a larger diameter and coarser grooves. There are three microphones on the Watch Ultra; which Apple claims can help you hear even in high wind conditions.

Being larger in dimensions than the corresponding Apple watches, the new Watch Ultra has a better battery life that reaches up to 36 hours in normal use with the screen always on (AOD), active automatic exercise recording and continuous heart rate monitoring. Later this year Apple will make the feature available via OTA update Ultra low power mode, which will offer up to 60 hours of autonomy.

A few words about the durability of the device. As Apple claims the Watch Ultra can work without a problem up to -20° C or at 55° C. It is compatible with MIL-STD-810H for trouble-free operation in low atmospheric pressure with high altitude, high temperature, low temperature, thermal shock, liquid contamination, rain, humidity, Immersion in water, sand and dust, freeze/thaw , ice/freezing rain, from the strong shock vibration due to falling.

You can also use the Watch Ultra in water sports, or even do some serious diving. It is certified against WR100 and EN 13319 - the recognized standard for diving accessories. There is also a built-in depth gauge that together with the Deep app shows the time, depth, water temperature, how long you have been underwater and the maximum depth reached. 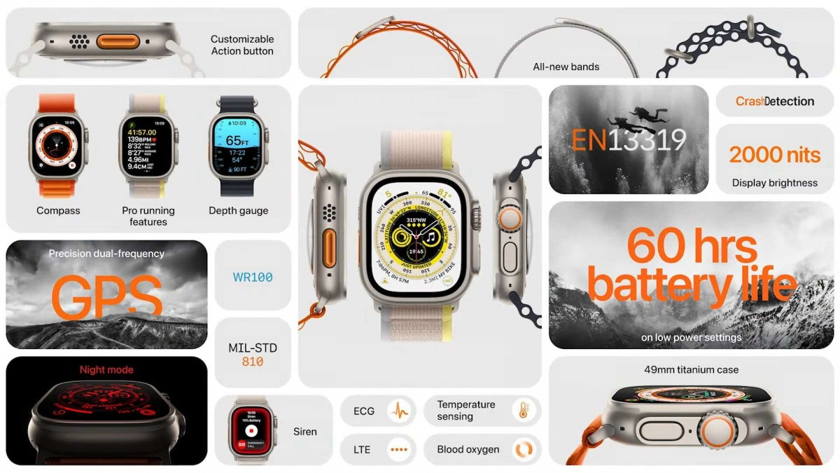 The apple watch ultra comes with three straps – Trail Loop, Alpine Loop and Ocean Band, has connectivity to GPS and mobile networks and is sold from today at $ 799, with shipments starting at 23 Σεπτεμβρίου. 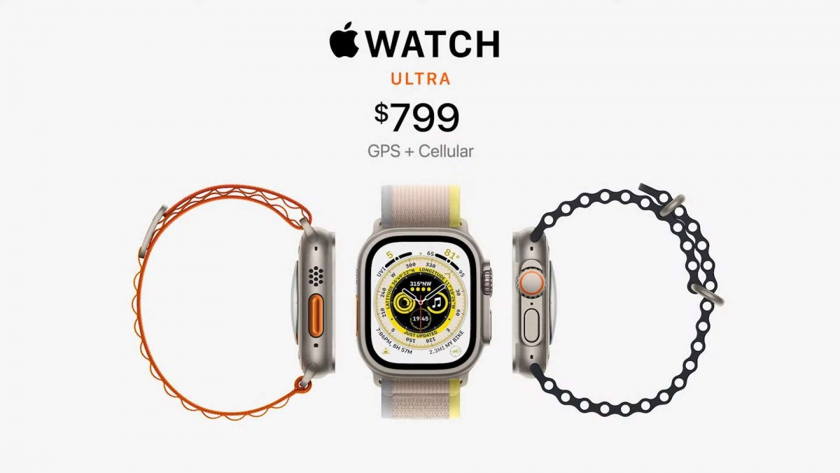 Apple also revealed today and the Watch Series 8. Of course this watch is almost identical to the Series 7, but uses the new S8 chip, temperature sensor, collision detection and new function have been added Ultra low power.

The temperature sensor will scan your skin temperature every five seconds, using a combination of two sensors – one on the skin of your hand and another just below the screen. It can even detect the small temperature changes of up to 0,1°C and will help with ovulation predictions and cycle deviation tracking in women. 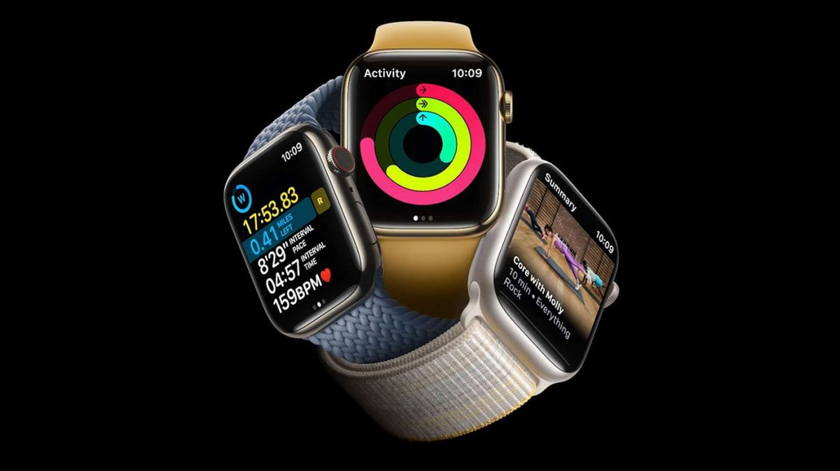 Collision detection works thanks to 3-axis gyro sensor and new G-force accelerometer which can detect up to 256G of acceleration. The new sensor moves 4 times faster than the old accelerometer and will be able to tell the difference between front or side collision, rear collision or rollover of the vehicle you, and with this new car crash detection function, the Watch Series 8 will automatically notify the emergency services and emergency contacts you have registered. 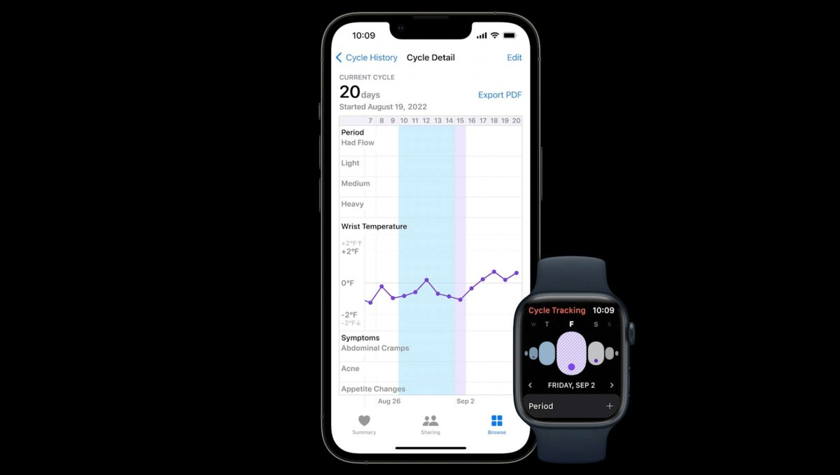 The Watch Series 8 he's got 18 hour battery life with AOD enabled, automatic activity tracking and fall detection enabled, but it will also feature the optional low power mode which will cancel some of the functions of the watch in order to double the autonomy of the battery, which will be able to reach up to 36 hours. 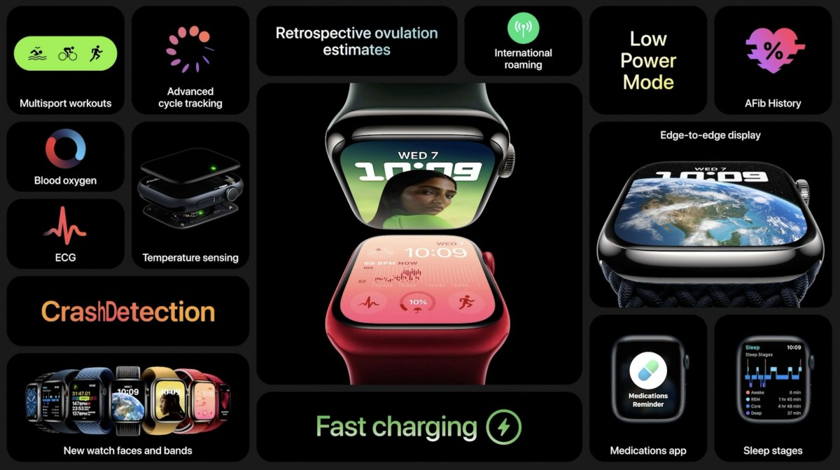 The Apple Watch Series 8 Available in four colors - Lunar, Astronomy, Metropolitan and Modular, with the frame being made of 100% recycled aluminum, as well as three models from stainless steel. Sales start today from $ 399 for the GPS-only model and at $ 499 for the model that supports GPS and mobile networks. Shipments start on September 16.

Finally, the new Apple WatchSE it doesn't have the temperature sensor but it has the same S8 chip with the more expensive Series 8 and Watch Ultra and also has support for the new collision detection feature. The Watch SE features 100% recycled aluminum frame and new redesigned plastic back. 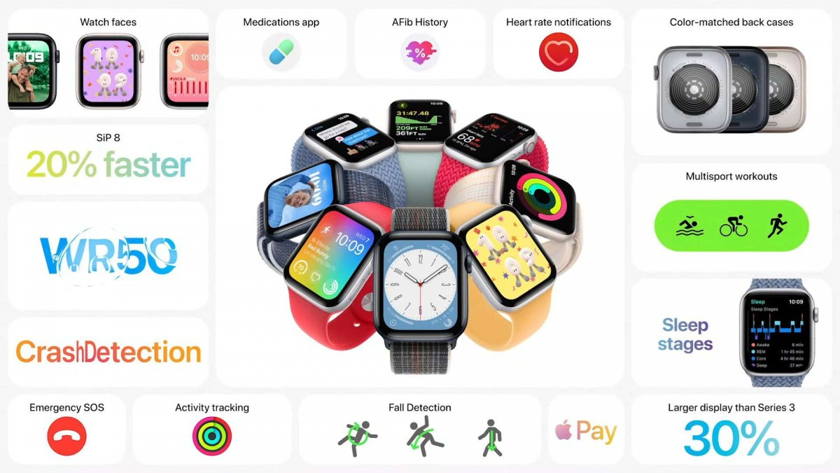 Collectively, all prices for the three devices are as follows:

Apple: iPhone 14 Pro & Pro Max stocks at risk due to the chaotic situation in China! 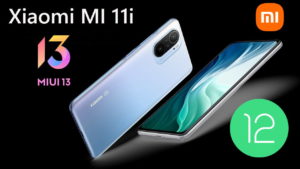