AMD: The new Ryzen 7000 processors will break the 5 GHz barrier

To Computex 2022The AMD proceeded to a series of announcements for the upcoming series of Ryzen 7000 for PCs, as well as several new technologies and details of their company's future processors for laptops.

Ξstarting with processors for PCs, the AMD did not proceed to any analysis of the architecture of the series Ryzen 7000, but gave us a lot of information about the key features that the new ones will have motherboards with AM5 Socket. 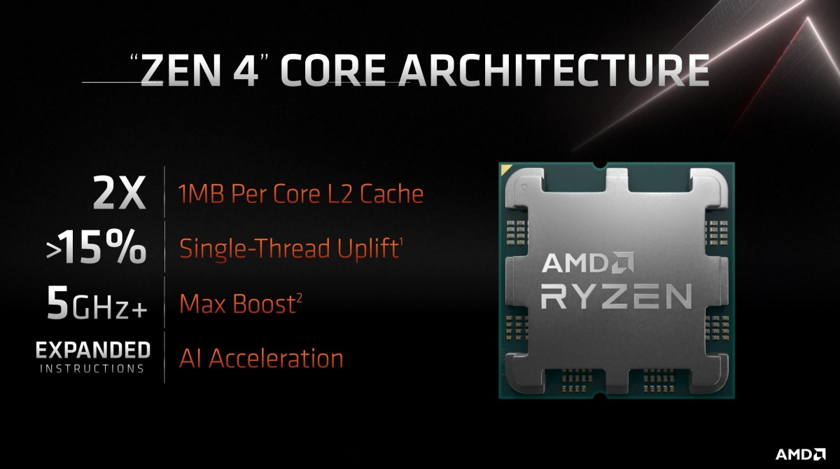 But the biggest advantage of the series processors Ryzen 7000 will be the increased clock speeds as AMD raises the clock above 5 GHz. In fact, in a show that performed it Ghostwire in Tokyo, an unknown AMD processor from the series 7000, who had a total 16 cores, managed to achieve clock speeds of up to 5,5 GHz. 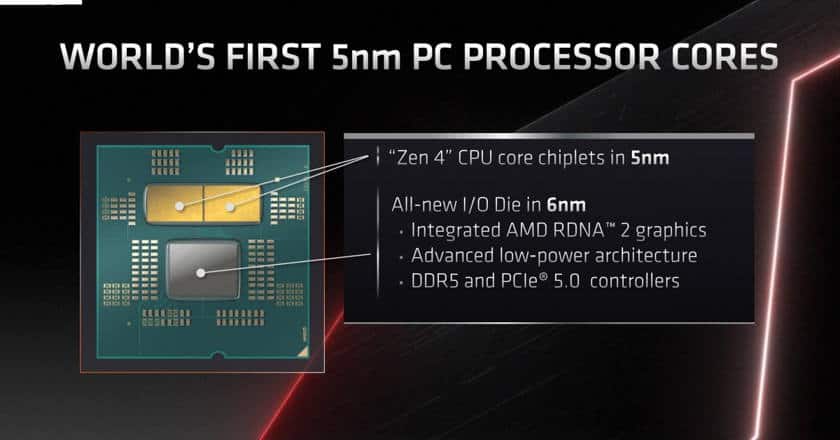 Performing a workload at Blender the new processor of the series Ryzen 7000 with a total of 16 cores, was able to give 30% better performance compared to Core i9-12900K by INTEL.

Except of the Chiplets of Zen 4 CPUs at 5nm, the new processor will also have one Die at 6nm which will include graphics based on AMD RDNA 2 which will be the standard feature of all processors in the series Ryzen 7000. The new Die will also provide support for DDR5 and PCIe 5.0.

AMD also introduced its new platform AM5 Socket, which will host the Ryzen 7000 and possibly future Ryzen processors, however the company has not yet given us any specific information regarding the future compatibility of this platform. 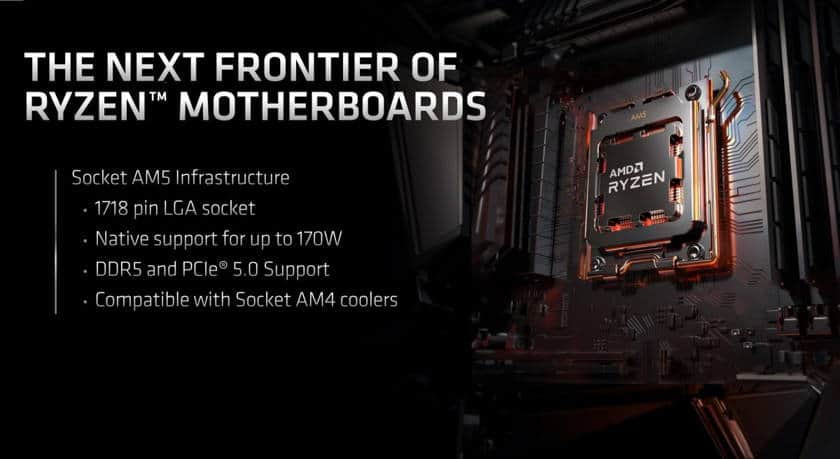 The biggest change in the new AM5 Socket is the transition from PGA to LGA, which means that the Pins will now be on the motherboard and not on the CPU. Will have 1718 pins and will provide native support to processors with TDP up to 170W. Despite the change in design, the AM5 Socket will be remains compatible with the brushes for the AM4. 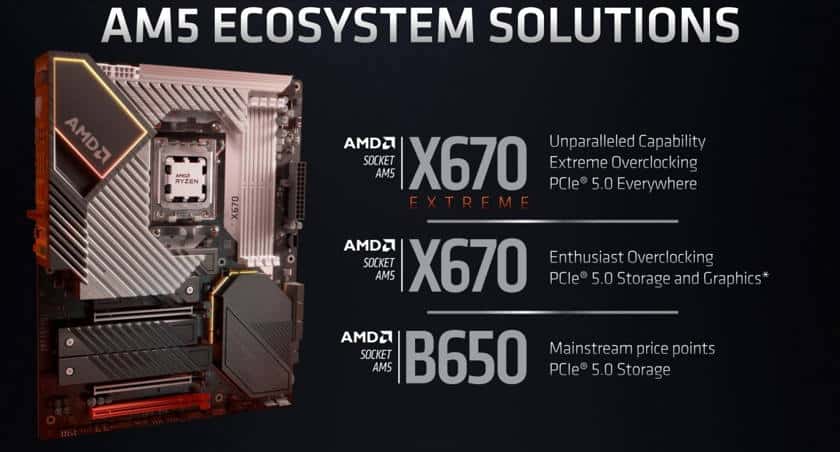 AMD has announced three new chipsets for motherboards with AM5 Socket and at the top of the range is X670E, which will have all the new features and most connectivity options with PCIe 5.0, which will be available with two Slots for graphics cards and one for storage.

The motherboards will be available from all of AMD's major OEM partners, and the company has promised that storage will be available at PCIe 5.0 once its turn Ryzen 7000 come out on the shelves, and will offer up against 60% higher speeds on sequential read compared to drives in PCIe 4.0.

In addition to the announcements for desktops, AMD has confirmed that it will release the new line of processors "Mendocino»For laptops with price range in  $ 400-700a. These processors will have cores Zen 2 CPU and graphics RDNA2.

AMD also announced the AMD SmartAccess Storage, which is based on Direct Storage of Microsoft and uses technology AMD Smart Access Memory but also other technologies, to accelerate very low game load times and in Texture Streaming. 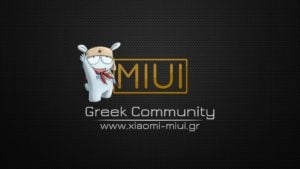